In the next couple of weeks Racer will introduce you to the Serpent 1:8 buggy development, testing, production and racing. 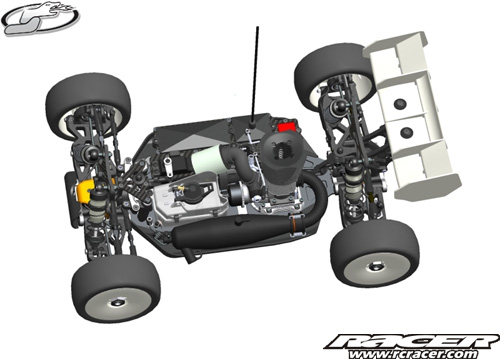 Below is the second of four interviews with Billy Easton the designer/racer of the Serpent 1:8 buggy. The Serpent 1:8 buggy is their first move into the off-road market, to be followed by a Truggy and electric versions, as well as Ready To Race cars in the near future. Design-wise Billy Easton works closely together with Michael Salven. With Michael being the expert in gas on-road, Billy will perform this task for the off-road projects. In this way true experts look after the class they know best and actively race in and can support best. Still sharing idea’s and knowledge to create the very best RC racing cars around. 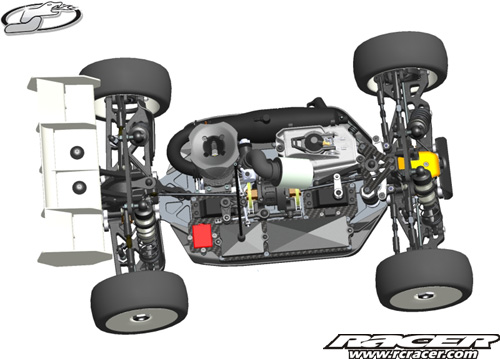 Here is the second part of the interview with Billy Easton.

Are you happy with the progress on the buggy 1:8 project? Still on target for Introduction at the Nuremberg Toy-Fair 2010?

The progress of the buggy is coming along quite nicely now. With so many parts that make up a kit, I would say there are far more approved than those that are not. So, as far as the manufacturing end goes, it’s definitely looking very promising. For sure we can show the car at the Nuremburg Toy-fair.

Have you been able to run a production proto-type of the Serpent buggy yet? If yes, then how did it go?

Yes, actually I have a complete sample car here that I have been able to do some very intensive test-sessions already at a local track. To be honest, it has actually gone really well. The handling of the Serpent car is very balanced and feels quite neutral. Considering the setup had never been tested before, I was still able to post some really good lap times. Most of the local guys that were on lookers, commented on the amount of traction it was producing.

What would you see as the five main strong points in the design of the Serpent S8xx?

I would say; The simplicity, the low centre of gravity, balance in all directions (left to right , front to back), durability in design to finish long mains and the suspension geometry on all four corners.

Can you advise which price-point the car is aimed at, upon release? Also do you have an update on the release date?

From the very start we really wanted to have a competitive price. I figure with all the bells and whistles you will probably see the price tag in your local hobby shops at well below $600 US dollars. I think when you see the finish and quality of all the materials; you will wonder how we were able to give you such a high quality car for so little money and still turn a profit. As far as the release date, I would suspect if we are able to show a pre-production car at the Nuremburg Toy-fair it would be release for sale shortly after, we still aim for March delivery.

Thanks Billy, and we will be back with more questions in part three…