The third JConcepts Clash was held at the Lake Park track near Tampa Florida the weekend of Dec 11 – 13. Five members of the X Factory Team attended, with great results. Leon McIntosh, from Florida, TQ’d both Super Stock (10.5) truck with his X-60 and Super Stock buggy with his X-6 Squared. Leon won truck and finished second in buggy. â€œBoth my cars were great,â€ said Leon, â€œtwo of the best cars out there.â€ Qualifying and finishing second in Super Stock Truck was the X-60 of Florida’s Zach Genova. Zach also made the Super Stock buggy A. 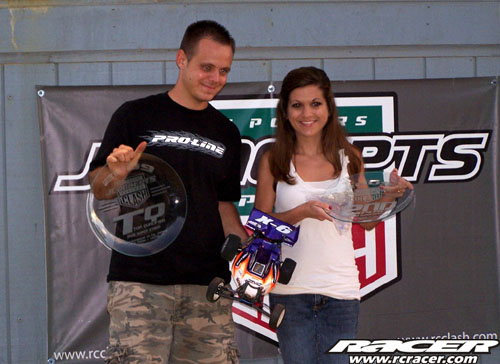 Chis Bennett, from Louisiana, TQ’d modified short course truck with a hand-built X-60 SC, and took second. Chris finished fourth in mod truck and was in the mod buggy A driving his X-60 and X-6 Squared. Chris said â€œI had an absolute blast as usual and my cars were dialled.â€ From Massachusetts, Chris Cristo, driving his first major race as a member of the X-Team, TQ’d the last round of short course mod qualifying with his X-60 SC, qualifying and finishing third. In Super Stock buggy, Chris took fourth. â€œAll three of my cars were really hooked,â€ said Chris, â€œand it’s really fun hanging with the Team. A bunch of great guys.â€

Team Manager Paul Sinclair qualified and finished second in mod truck with his X-60 and piloted his X-6 Squared to fifth in mod buggy. “This has been one of our most successful races following on the heels of success at the ROAR Nats where we had a car in every A except 4WD. The Team is growing, our drivers are have tons of fun, and we’re making better showings every time out.”