How To Look After A Nitro Engine

How To Look After A Nitro Engine

Modern nitro engines are much more reliable and easier to tune compared to those of a decade ago or so but to make them last as long as possible and with maximum performance there are some things you have to take care of.
The maintenance of a nitro engine starts during its operation by using a good quality air filter. An air filter prevents dust and dirt from being sucked into the carburettor where could do potential harm to the carburettor as well as the liner and piston in the crankcase. Even the tiniest grain of sand can make for an accelerated wear rate of all engine components. 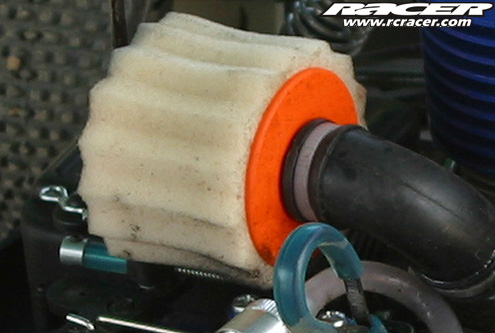 There are two things that protect the engine from dust and dirt: the air filter and the air filter oil. If you are an off road racer we recommend the use of two stage air filters with an inner and an outer foam. Only two stage air filters are able to protect against dust even in very dry conditions.
The first layer of filter foam is sandwiched between the two part air filter holder. The outer one is pulled over the whole assembly at the end. The outer foam helps sealing the edges of the plastic holder against entering dirt and this is why it is recommended to tread the outer foam with oil too as only this can help protecting the inner foam against dust and dirt. It is very likely that the outer foam gets dirty very quickly depending on the track conditions, but hey, that’s what it is meant for!
Some foams suitable for air filters come pre-oiled saving you from the often messy part of applying the oil by yourself. Make sure you do not use too much oil as this clog the pores of the foam resulting in an engine running too rich. Best thing to do is to put the foams in an old plastic bag, than apply around 20 drops of air filter oil, rub it in until the oil is absorbed by the foam evenly and wipe away excessive oil with tissue paper. Then mount the air filter as described in the car’s or truck’s manual. 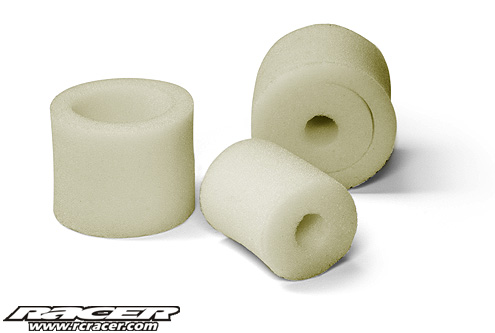 Many beginners but also some â€˜experts’ make a severe mistake after cutting the engine. They just put the car away without using any sort of after run oil. Partially burned fuel can cause the engine internals as well as the carburettor needles to become rusty. Because of this always try to cut the engine by interrupting the fuel lines and not by letting the engine stall with the help of a towel that is pressed on the exhaust outlet.
Although some fuel manufacturers state that the usage of their fuel make the use of after run oil unnecessary we expressly advise to use some. Only with some oil within the engine to neutralise the acids that may have generated from partially burned fuel, the delicate metals parts are protected over a long time.
It very important to empty the fuel lines as well as the tank to make sure no fuel is left in them. This is best done by firing the engine up again and let it run at increased RPM’s until the engine stall from too little fuel in the tank. Now remove the air filter from the carburettor and put some drops of after run oil in the carburettor opening. Now put the car or buggy on the starter box and press it down for a couple of seconds without the igniter on so the oil can spread trough the carburettor and engine internals. It’s important to apply the oil trough the carburettor and not the glow plug opening as the carb needles can do with some maintenance too. Also it is likely to not only apply oil but also draw dirt and moisture through the glow plug opening. Now cover the carburettor with the silicone plugs that are often supplied with the engines. Your engine now is protected for many months to come.