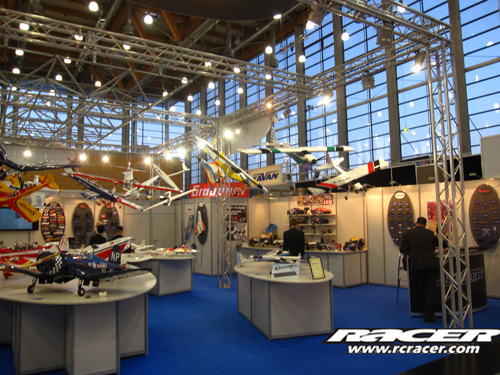 CEN Racing were present on UK Distributor Ripmax’s stand in Germany. CEN’s range of products is now pretty big and had the Matrix nitro off-roaders on show which have been doing well in U.S. Races. There was also a brushless power conversion pack for these 1:8 cars seen too. Ripmax also had other car related products on show which they distribute in the UK such as the Sanwa radios which are now used by former World Champion Andy Moore along with the servo range and Intellect battery packs.