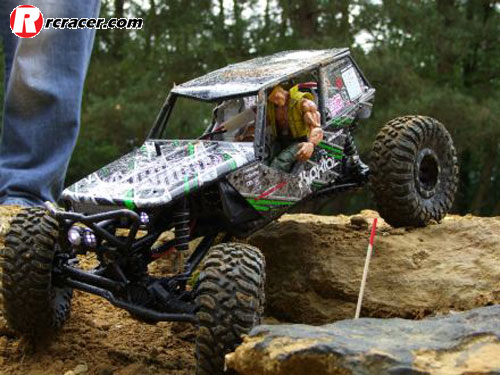 So Axial have announced a kit version of the Wraith – click here – which is great news for the UK market as there have been many grumblings from within the forums and clubs that they would buy if there was a kit version so they got their wish. It just goes to show, Axial really do listen to the customer. 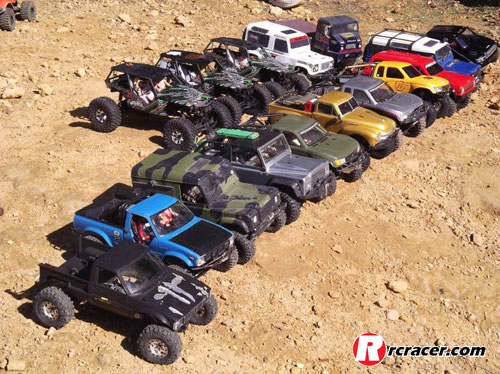 The basis of this website feature is the RTR version of the Wraith that will feature in the November issue of the magazine – on sale 6 October. I entered a small club competition with the London Scale Trail Runners to be held at Leith Hill. The Wraith was looking fairly stock, so a few days before some tinkering was done and this included adding a Spektrum receiver to match the latest Spektrum DX3C transmitter sent to me by the guys at Horizon Hobby UK for a future test feature. Don’t get me wrong, the Axial set is fine but adjustability is the key here. 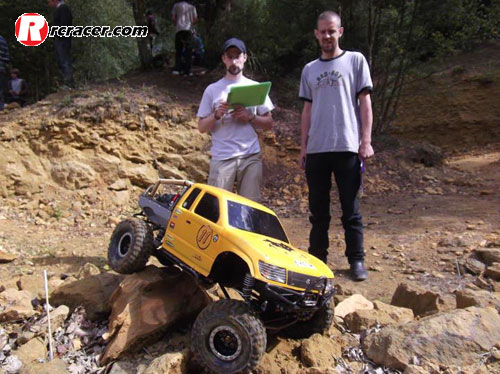 I scoured the forums for some hints and tips and we found a little trick to lower the ride height by flipping over the connecting links on the axle and this immediately gave a centimetre’s drop. I also replaced the shock oil as the standard stuff was a little bit too thick. Looks came next and I fitted out the rear section with some Plexiglass-style rear windows made from some packaging material and added a host of stickers to them. I also added the Apple sticker to the roof in honour of Steve Jobs who had just announced his retirement from company. Wheels came next and for ease of changing the tyres in the future, I fitted a set of beadlocks from Pro-Line and as these slightly widened the track, this would increase stability during cornering. The Ripsaw tyres were gently coaxed from the old wheels by running a sharp scalpel around the edge to break the glue. I had planned on using a different set of tyres, but couldn’t get hold of them at short notice. Luckily, the competition was suited to the Ripsaws having a mix of sand, dirt, dead leaves and hard rock.

So the Sunday of the competition arrived and a sleep in a tent the night before on Southsea Common in Portsmouth probably didn’t set me off on the best foot. Still, a Little Chef breakfast sorted that out and I soon arrived at the venue. Being a complete scale competition newbie, I was amazed at how many trucks had appeared including another two Wraiths. The 1.9″ class was run first as the course would need to be widened for the 2.2″ models to run through. After watching the smaller class, it really inspired ne to continue my Honcho build which is still ongoing and you will see some results on here soon.
I stepped up to the start line with my score keeper beside me and got through the first couple of gates cleanly, but soon started making mistakes. Having never driven the course with the Wraith, I was finding it hard to pick the lines that meant the rear wheels wouldn’t run over the gate. I think I used everyone of my free reverses, but it was only on the second course where I had my first rollover and had to have the hand of god place my Wraith back onto the course. Now if you think this kind of competition is boring, I urge you to try it – you really have to concentrate and pick your lines well.
And never through the day did I feel like anyone was against me. Even the guys running at the top of the 1.9″ class offered words of encouragement and guidance to get me through the course.
Scale competitions will be the next big thing in RC and I will stake what little reputation I have on it. The London Scale Trail Runners took me under their wing and really made me feel welcome. You can bet your bottom dollar I will be back.

For more info on the London Scale Trail Runners, click here and thanks to Willkrawl from the forum for use of his pictures.