Chad Due, Steven Hartson and Frank Root Win With JConcepts

The 2012 Chi-Town Shootout was held at Leisure Hours Raceway with the top drivers in attendance from all over the country making for some great racing and a combined 340 entries made this event a record breaking year. 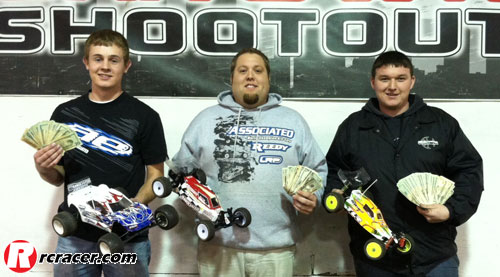 In 4WD Modified Buggy, JConcepts/Associated driver Chad Due took the overall TQ. In the A final, Chad had a slight bobble a couple laps into the race and that allowed JC/AE team mate Steven Hartson to get by. Steven used brilliant driving and calm, consistent laps to take the win by small two second margin.

In 2WD Modified Buggy, Chad Due started fifth but it wasn’t long before he was well in contention. At the start of the A final, Castellano and Hartson got into each other right away letting Root and Horne battle it out for a couple laps in the lead position. Root made a pass and led for several laps until he made a small mistake. Horne and Due were on the move and after Root’s mistake they were now battling for the lead. Due had a small bobble which put him back about a straights length away from Horne. Mid-way through the race the battle for the lead really started to heat up. Due charged up on Horne and applied some pressure and the leader made a small mistake. Due took the lead where he relied on his experience and technique to finish the race off in style. Chad Due crossed the line just before the six-minute mark to finish on his own with a victory lap. 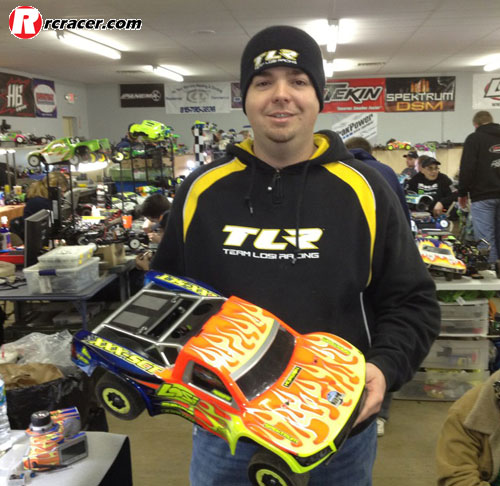 In SCT Modified, JConcepts/TLR driver Frank Root TQ’ed all three qualifiers in the class. Sitting on the pole in the final, Frank took his JConcepts-equipped Losi XXX-SCT to the finish leading the entire race. Frank also took the overall TQ in Modified Truck but ended up taking second place after a battle with his TLR team mate Matt Castellano.
All three winning drivers relied on the JConcepts combination all weekend long. Bar Codes in gold compound were the hot ticket for the changing conditions at Leisure Hours.   Congratulations is in order for the Chi-Town crew on a record turn-out and a great event.