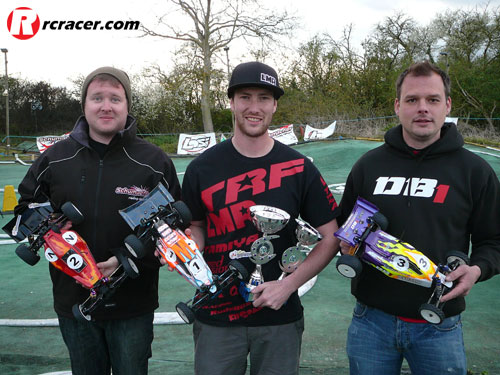 The opening round of the BRCA 1:10 Off-Road National Championships were hosted by Stotfold Model Car Club on their all Astroturf track. Both layouts were fast with plenty of jumps and a couple of very technical sections to test the drivers at a meeting that saw one of the strongest fields assembled at a UK National.
It was current European Champion Lee Martin who came out on top in 2WD qualifying with his Speed Passion-powered Tamiya TRF201 with a Vega conversion. Lee went on to take a comfortable win in the first two legs of the A final to start the season with a perfect score. Behind him it was a very close battle between the recently released Schumacher Cougar SV2 of Simon Moss and the new Kyosho-based DB1 conversion of Kevin Lee.  It came down to the final leg to confirm the podium spots and it was Simon that took second place with Kevin in third. 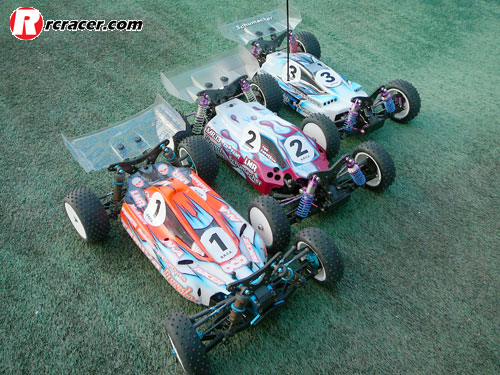 The 4WD event proved to be much closer and again it was Tamiya’s Lee Martin on pole position, but he only clinched this with a storming last lap in the final qualifying heat. The first leg of the A final was won by Schumacher’s Tom Cockerill with his CAT SX3, but Lee fought back to take the final two legs and take another win as he sets out defend his title. Tom really took the challenge to Lee, but had to settle for second in the end with Schumacher team mate Lloyd Storey putting in a fine drive for third overall. 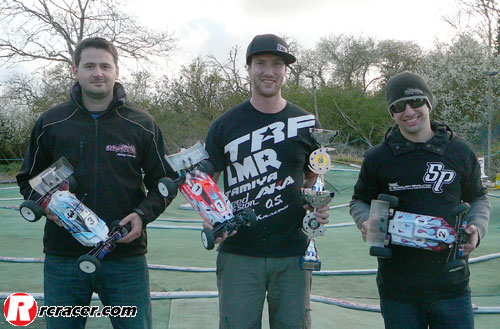