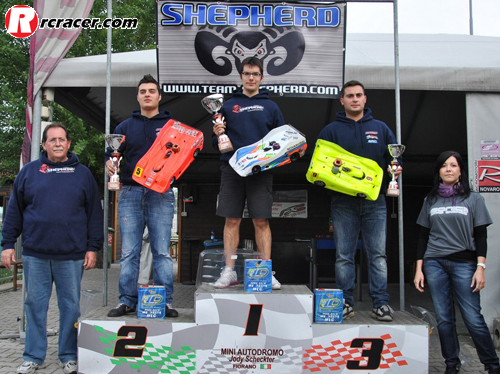 The first Italian Shepherd Trophy took place at the beautiful track of Fiorano with drivers from all over Italy attending the two-day event. Amongst the 90 participants were many top racers including Daniele Ielasi, Lamberto Collari, Michele Romagnoli, Andrea Pirani and the Salemi brothers which resulted in a very high level of competition.
At the start of the 30-minute final, Pirani jumped from fourth to second position behind his team mate Romagnoli. After a few minutes, Romagnoli made contact with a backmarker and dropped down the order. Pirani took over the lead and never looked back, winning by two laps from the Salemi brothers.