JQ Products Release Details of RTR Version of THE Car 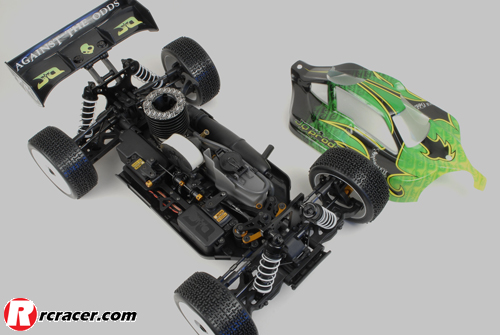 JQ Products have announced the release of THE Car in RTR form. The servos and engine have been chosen based on their performance as well as their affordability. The SavÃ¶x servos are strong and fast enough to be able to control the car, in a similar fashion to actual race cars with top of the line servos. The engine is a standard pull-start RTR unit, and it has more than enough power for this super lightweight RTR, that only weights 3300g.