Cragg Does the Double at Southport 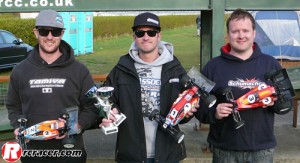 The second round of the BRCA 1:10 Off-Road National series was hosted by Southport Radio Car Club, and for once it was sunny as we were blessed with lovely weather all weekend making the Astroturf track even more of a technical challenge due to the high grip levels. In the 2WD event it was Neil Cragg (Centro/Reedy/LRP) on pole position, ahead of Lee Martin (Tamiya/Viper) and Simon Moss (Schumacher/Speed Passion). The finals saw some cracking racing for the wins of all three legs.  Lee took the first, but Neil drove superbly to hold Lee off in the next two and take the overall win. 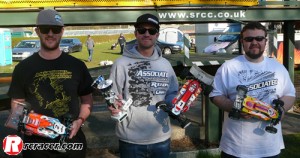 The track for the 4WD event on Sunday was open and fast with a variety of tyre choices being tested during practice. It was championship leader Neil Cragg (Associated/Reedy/LRP) that dominated qualifying to take every round and put his car on pole position. Lee Martin (Tamiya/Viper) was best of the rest, just ahead of Tom Yardy (Associated/Reedy/Savox). Again the finals were split with Neil taking the first leg and Lee the second.  The final and deciding leg saw some of the best racing you’re likely to see with fast, clean passes made by both drivers. At the line it was Neil that took the win to continue his perfect start to the 4WD season.
Look out for a full race report in the August issue of Racer.