Back in May 2009, Racer was contacted by a company called DVD Pro who had been commissioned to produce Richard Hammond’s Top Gear Uncovered – The DVD Special on behalf of the BBC. 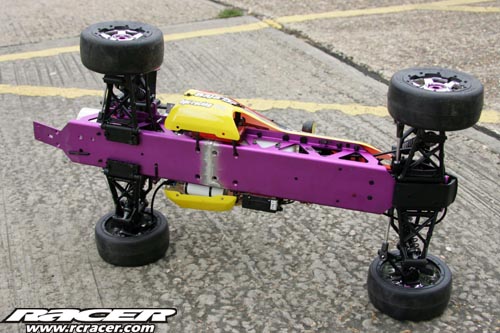 The initial conversations involved having an RC car versus supercar in a drag race. We talked through some ideas of RC vehicles and felt that the best would be a 1:8 on-road car and we came up with a suitable driver and package to do this. As time went on though and like many things in TV, the idea was developed and they ended up stretching the chassis of an HPI Baja 5B (by using two chassis), equipping it with hydraulic brakes all-round, and then fitting a jet engine so it could have a drag race with a supercar! This is where I will let the footage show you the result of the race but we heard that the jet car produced speeds well in excess of 150mph on a number of runs despite being restricted! 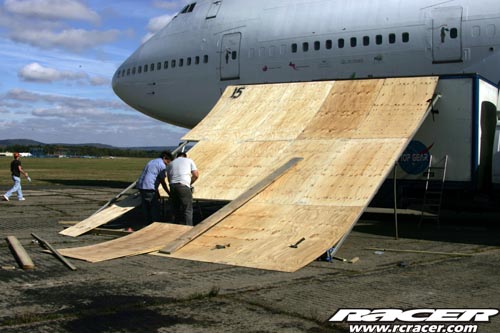 Then the second question posed to us was about a formation jump and, â€œHow big could we go?â€ Research had been carried out on the internet and the infamous Josh Cyrul jump had been found where he clears the garage attached to his house in his first attempt!

The idea that the Top Gear writers had was to jump a plane -but not any plane – a 747-200 that is nearly 20 metres tall at its highest point. The cars would have to clear some 11.6 metres and some serious speed was going to be necessary to get the height and the distance. The ramp was constructed against the side of a 7.5-tonne lorry, giving a take off height of around 3.3 metres. 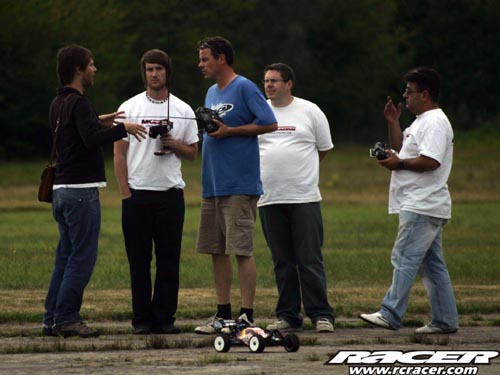 Richard Barton offered his services to test the jump and on the second attempt, managed to land on the top of the plane but the team thought that they could do better and decided to move the ramp closer to the plane for the formation attempt.

Lee Martin led the fantastic four followed by Marc Knight, Rob Rasey and Tony Evdoka. Getting up to speed saw them drive in a semi circle on their approach over the bumpy concrete surface before they lined themselves up on the central eight-foot wide board. The first three took off perfectly but Tony was forced to back off at the last minute to avoid hitting the car in front! Despite the best efforts to clear the plane, all four hit the 747 on their way over but three made it to cheers and woops of delight from the watching crowd. Rob even managed a couple of back-flips on the way over – that though is just typical of him! After some seven hours at the airfield for the third day, the mission was completed and although there were some doubters, myself included! It was an impressive sight as the tiny buggies flew over one of the biggest planes, taking off from such a relatively small jump. 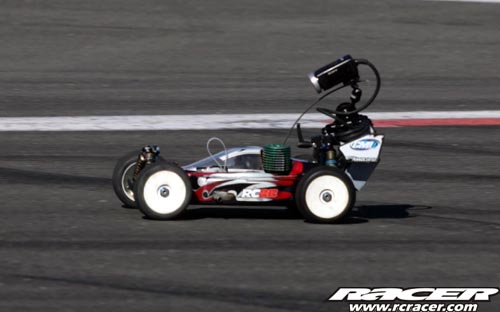 Read the full story with more pictures in the January 2010 issue of Racer, on sale Thursday 3 December.

You can buy Richard Hammond’s Top Gear Uncovered – The DVD Special on Play.com by CLICKING HERE