Latest Magazine The Once Over…Xray T3

How To Prevent Radio Glitches

How To Prevent Radio Glitches

Every radio, a £50 Ready-to-run item as well as that £300 high-tech offering has one similarity: a receiver that is hidden somewhere in the chassis. And what’s the most important part of every receiver? Its antenna!
Those long term racers amongst you don’t need an introduction into how to route an antenna wire to minimise the possibility of damaging it during operation. You also know how to avoid glitches with a clever routing of the delicate wire. All others should read on! 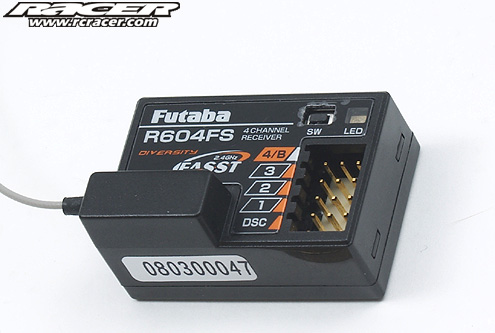 Most of today’s cars have antenna mounts that are given due to the design of the whole chassis. But sometimes it might be necessary to relocate the antenna or the whole receiver for example due to a very long antenna wire or the fact that other parts of the chassis or electronics create glitches during operation.
The easiest way to relocate an antenna wire is to make use of aftermarket plastic or metal antenna mounts that directly attach to existing holes in the chassis plate or top deck. Alternatively you can drill and countersink a new whole where you need it. When drilling a new hole make sure you locate the antenna as far away from other wires (especially the ones to the battery pack), the speed controller and the motor.

Heat and high current through other electrical parts like motors etc. may damage the antenna wire and/or cause severe glitches. Same applies to carbon fibre and rotating parts just like belts, dog bones and pulleys. While carbon fibre has the ability to â€˜shield’ radio signals from the transmitter, rotating parts like belts can cut into the insulation of the antenna wire and also the metal antenna wire itself. You can imagine that a shortened antenna is everything but ideal for glitch-free operation.

2.4GHz radios like the ones from Spektrum-RC, Futaba, Sanwa and many more are less prone to â€˜glitch’ due to the transmitter technology used but you still have to address some details. One of which is to make sure that you try to minimise the way the antenna wire is mounted horizontally. Always try to mount the antenna wire vertically straight from the receiver. Also prevent the receiver from becoming shaken from the vibrations created by nitro and gas engines by fitting it in the receiver box with a good amount of foam. Futaba receivers don’t like heat so please make sure to keep it away from nitro and gas engines, exhaust and other parts that may heat up during operation.

Given the design of the chassis it is not always possible to let the antenna wire go into the antenna tube straight away. To protect the exposed wire from rotating belts, pulley, gears or carbon fibre it is an idea to pull a section of fuel tube over the wire between the receiver and the antenna mount. This keeps the antenna from touching the carbon fibre parts as well as prevents rotating parts from cutting into the delicate isolation of the antenna wire.