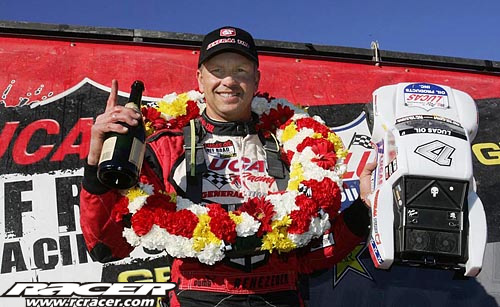 Carl Renezeder drives his Lucas Oil/RC10.COM trucks to victory, taking the points championships for U-2 & U-4 in the 2009 Lucas Oil Off-Road Racing Series!

Rounds 11 & 12 of the Lucas Oil Off-Road Racing Series (LOORRS) took place at the Primm Valley Motorsports Complex in Primm, Nevada. The weather was cool and the wind didn’t help matters much but racers and fans alike stuck it out for what turned out to be a great weekend of off-road racing action.

The big story of the weekend was Carl Renezeder’s TR17 team winning the points championship in both Unlimited-2 and Unlimited-4. It came down to the last race for both classes and it was Carl’s to lose in a very competitive field. After a nail-biting final lap Carl came out on top as the 2009 LOORRS U-2 & U-4 champion.