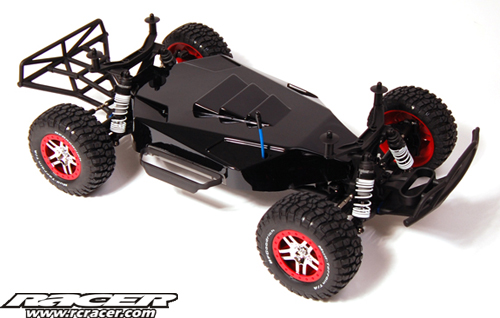 When racing on a loamy or top soil track surface the inside of the Slash 4×4 chassis can become loaded with dirt or debris which creates extra weight. With the JConcepts over-tray these worries are minimised with the simple and functional part. Fitting nicely under the body; the JConcepts over-tray hugs the outside dimensions of the Slash 4×4 chassis protecting the inside from unwanted excess dirt and debris build-up during racing conditions. 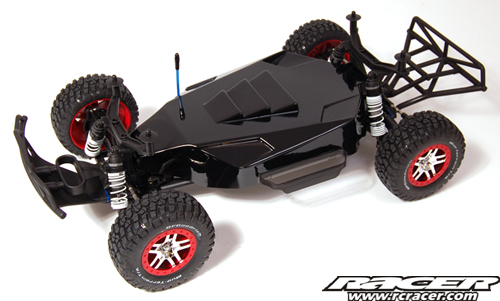 The over-tray is snug around the entire chassis structure while being attached along the sides with hook and loop tape for quick inner access. The over-tray is built with extra height and rake to provide extra room for various electrical and battery configurations. In addition, JConcepts has incorporated an extensive scoop and louvre design which can be trimmed to allow air flow and heat escape.