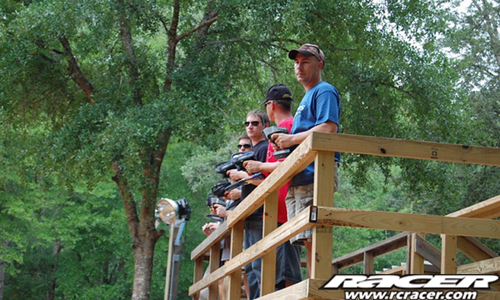 The racing was hot and the food was tasty as the JConcepts Summer Tour rolled into High Springs, FL at Shriverville Raceway. Ken Shriver opened up his personal track for some good ole 1:10 off-road and short course racing on the day before the 4th of July. Weather is typically an issue in Florida in the summer; however race director Matt Mosieur was in high gear all day running 2 qualifiers and mains without a threat of weather all-day-long.

Chad â€œThe Chadâ€ Cason, Austin Blankenship and Daimon Borkowitz were locked in an intense battle in stock truck and 2wd stock all day. Chad used his experience to hold off the youth movement in the stock truck class and take the win followed by 9 year old Daimon in 2nd and Austin Blankenship in 3rd. All 3 drivers were running JConcepts tyres with Chad running Double Dees and Daimon and Austin running the newly released Flip Outs all in Super Soft Green Compound. 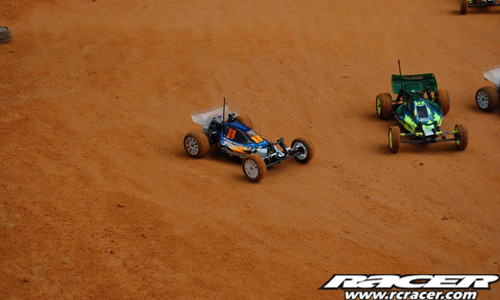 The same 3 drivers hooked up in 2wd stock with TQ Austin Blankenship getting a rough start and Daimon took off into the lead. It wasn’t long before â€œThe Chadâ€ and Austin were back into the mix. Chad got tied up which gave Daimon a pretty nice lead but Austin started a comeback. Reeling off several consistent laps Austin was soon challenging and overtook Daimon for the lead. Finishing in 1st place was Austin Blankenship with Daimon taking 2nd with â€œThe Chadâ€ in 3rd. All 3 drivers were on JConcepts tires, running Double Dees in Green Compound.

The 2wd modified class was a race between Jason Ruona and Paul Wynn. Jason had an excellent start after Paul checked up in turn 1 to avoid a collision. Dan Borkowitz ended up getting into Paul and caused him to fly off the track. Jason had smooth sailing and clean traffic while Paul played catch-up the entire race. Finishing order was Jason Ruona, Paul Wynn and Kory â€œFergyâ€ Ferguson. All 3 drivers were running JConcepts tires in Green Compound with Jason Ruona utilising the Double Dees while Paul Wynn and Kory Ferguson were on Flip Outs. 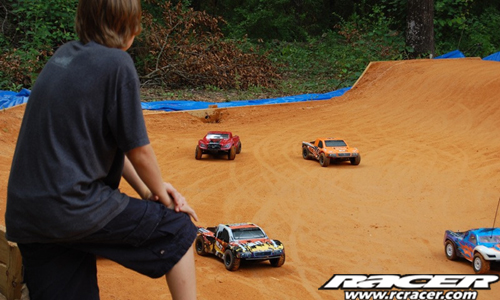 Short Course stock was competitive all day with the winner set to receive a brand new JConcepts Ford Raptor SCT-R body from JConcepts. Mark Papero was highlighted all day by the race director Matt Mosieur but in the main silence was golden as Mark took the lead and never let up on the rest of the field. Mark took the win with Ed Brown in 2nd and Aaron Wood in 3rd.

Modified truck was the Zack Genova show all day as he was lights out in qualifying and in the mains. Zack pulled out to a vicious lead that was never relinquished pushing his X-Factory X-60 to the limits. Crossing the finishing line it was Zack 1st, Dan Borkowitz in 2nd and Eric Varney 3rd. Zack choose the JConcepts Double Dees in Green Compound all day for the best traction in modified truck. 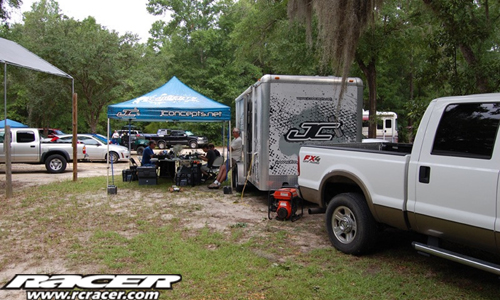 4wd modified was super quick as Dan Borkowitz with his new Kyosho Lazer looked untouchable all day. Dan quickly took the lead in the main and stretched out to a comfortable lead. Finishing order was Dan in 1st with Michael Sage in 2nd and Eric Varney in 3rd.

The battle of the day was heating up as the modified SCT trucks were about to hit the track. TQ Matt Mosieur was out to show the young guns how it’s done. Going slightly wide in the turn following the double allowed Zack Genova to sneak inside and take the lead. Zack was driving in attack mode all day and if he didn’t make any mistakes was going to be a hard catch for the race director. Zack made a couple small mistakes giving away a little of the lead but stayed focused and kept Matt honest. At about mid-way through the race Matt’s truck slowed and was forced off the track. Zack took a commanding lead and win with Jimmy Cooper in second and Matt Mosher getting into 3rd.

A special thanks goes out to Shriverville and Ken Shriver for hosting the event along with gratuitously providing the delicious lunch BBQ. Additionally race director Matt Mosieur deserves high praise on another tightly run event. Not to be forgotten is the track crew of Ken, Austin and Mike Blankenship who had the track well prepped for this much anticipated event.