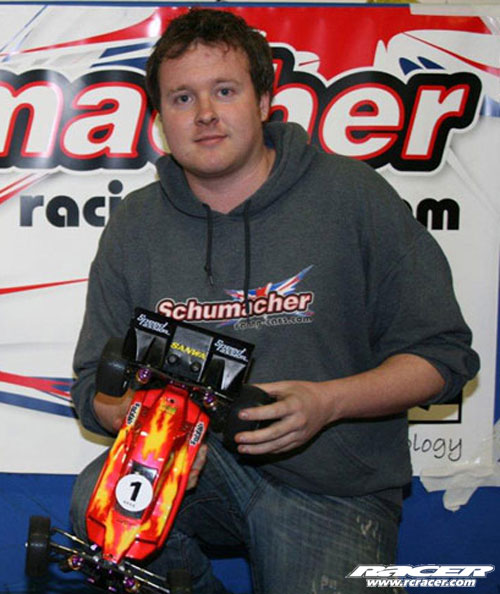 Schumacher’s new CAT SX3 took the top three qualifying positions at the popular Schumacher Indoor Masters at Worksop last weekend. Prototype versions of the new car were in action for the first time in public competition and dominated qualifying. Simon Moss won all four qualifying rounds ahead of a competitive field. Behind Simon was fellow Schumacher drivers Grant Williams and Tom Cockerill. Simon left before the finals due to work commitments and this left Grant and Tom to battle it out in the final. Grant got the better of Tom until an unfortunate incident with a marshal prevented Grant from winning.