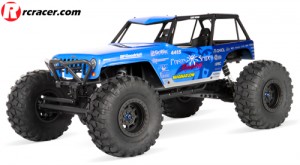 Axial have announced their latest RTR in the form of the Jeep Wrangler Wraith-Poison Spyder Rock Racer. Based on a long standing relationship between Axial, Jeep and Poison Spyder, this Jeep Wrangler Wraith is the culmination of efforts between these three iconic off-road lifestyle brands. Ultra4 Racing combines the best of both off-road racing worlds including high-speed desert action and hard-core rock racing. The Axial Jeep Wrangler Wraith appeals to fans of this event series because it offers some of the same spectacular abilities. Featuring a full tubular chassis and a detailed interior just like the full-size counterparts, the realism offered by this vehicle is second to none. The livery is a virtual replica of the amazing machine that the talented crew at Poison Spyder Racing have constructed just for the Ultra4 series. 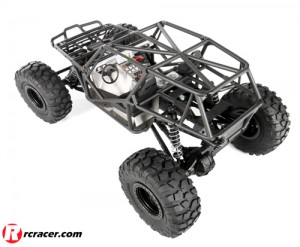