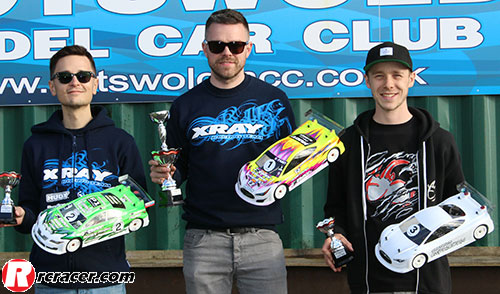 The BRCA 1:10 Touring Car National series kicked off 2018 with the first round taking place at one of most popular venues and the fast-flowing Cotswold track in Gloucestershire. One of the most notable changes for this season would be a new control tyre this time being supplied by Sweep.
Heading the modified field away was reigning champion Olly Jefferies, but in practice it looked like he would have tough job fighting off Kyle Branson, Elliott Harper, Chris Grainger and Alexander Hagberg who were all showing good pace. Olly made a dream start taking TQ in the first three runs of qualifying and taking pole for the A final, before going on to convert his pole in to two straight A final wins and get the defence of his title off to a dream start! 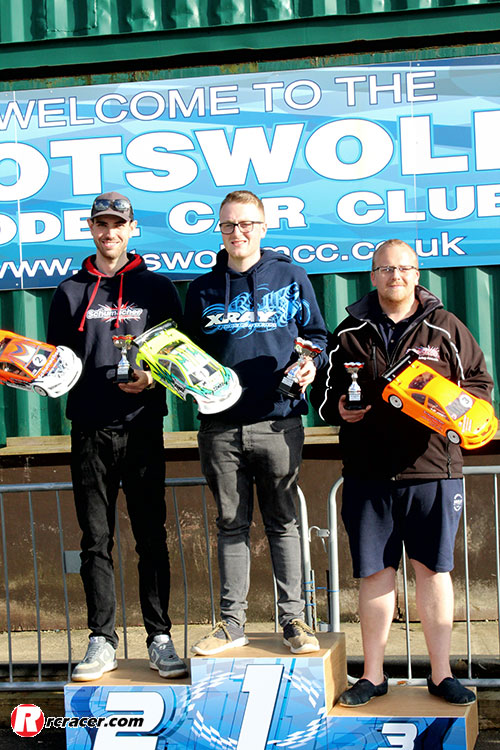 It was a similar story in boosted stock as Olly’s teammate Zak Finlay’s defence got off to stuttering start with a few errors in the early qualifying runs, but he was soon in the grove and grabbed overall TQ. Two dominant runs in the A finals though saw Zak take the win ahead of Chris Gunter and James Hart. 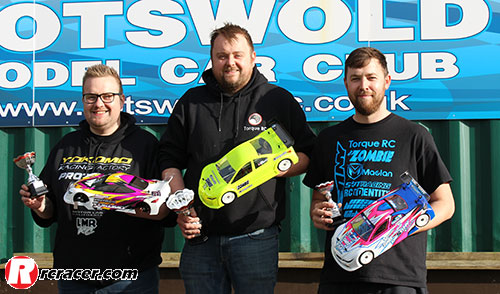 In the 13.5T blinky class Markus Askell took a hard fought TQ, but in the finals it was Colin Jackson who took the win. The blinky class looks very open this season and could be the class to watch…

The next round of the series takes place at the more technical Stafford track in May. A full race report will follow in Racer Magazine.