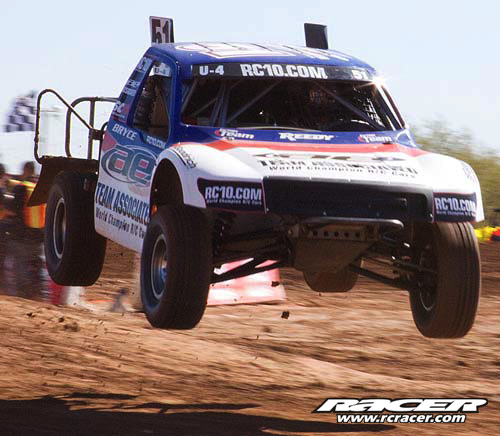 Rounds 9 & 10 of the Lucas Oil Off Road Racing Series (LOORRS) took place this time at the Speedworld Off Road Park in Surprise, Arizona. It was a warm but dry weekend that as kicked off with a ‘Fan Appreciation Night’ hosted by Quicks R/C and Buffalo Wild Wings. Quicks R/C built a cool demo track and Team Associated provided SC10s for the LOORRS fans and drivers to test their skills with. Associated’s Ryan Maifield and Richard Saxton cruised by later to check out the action, taking a break from racing at the Nitro Cross. Quicks had a big raffle at the end of the night, giving away a bunch of prizes including two SC10 trucks. Everyone had a great time and the fans were stoked!