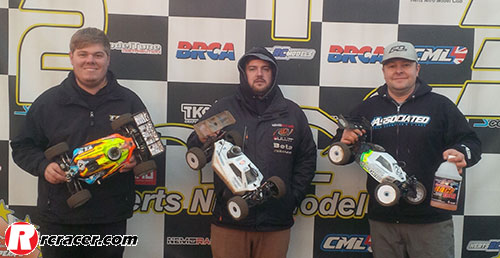 The Saturday prior the third round of the winter series saw a light dusting of snow and conditions on Sunday were freezing cold, but dry as 65 drivers made the trip for this round where grip levels were low. Thanks to everyone who helped sweep the track off first thing Sunday morning.
Darren Bloomfield took TQ in buggy whilst Jamie Clancy topped E-buggy with Dominic Powles on pole in truggy. The buggy E final win went to Steve Bellwood from Rick Spiers and Alex Kitis. Jim Thompson won the D final from Stuart Smith and Aaron Sayce, before going on to take victory in yeh C final too from Chris Long and Dan Knights. John Geaves won the B final with James Tatlow second and Garry Brace third. Darren Bloomfield converted pole to the win in the A final with Michael Lewis second and Simon Reeves third. 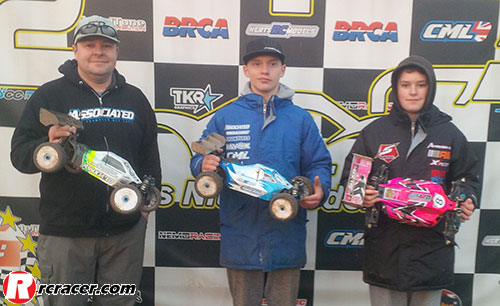 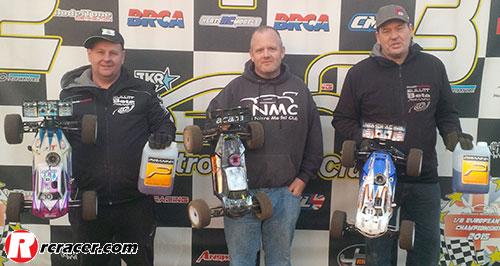 Peter Bird won truggy as Dominic Powles took second and Martin Hart third.
The next 1:10 off-road meeting is on 29 November and for 1:8 off-road it is 6 December. Full results from round three can be found here.