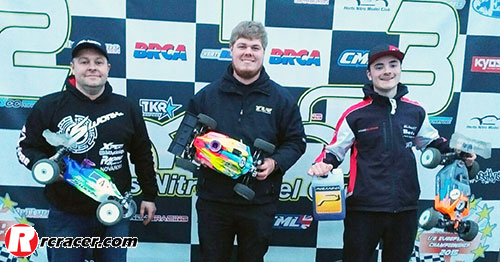 A dry weekend was forecast so the entry at one of the UK’s premier facilities would be just under 100 racers. The Herts track team had been busy getting ready again and thanks for all their efforts. Qualifying in buggy saw Jon Skidmore top the nitro-powered category with Nigel Morris fastest in E-buggy and James Tatlow topping truggy. 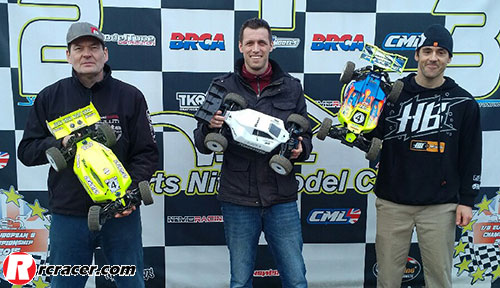 As usual the top three in the finals would bump-up with Gareth Oldfield, Toby Manser and Hai Chu moving up from the G final. Gareth would then go on to win the F final from Nigel Morris and Martin Offer, before then taking another bump-up spot to get into the D final training Dave Stanley and James Clark in the E final. The D final was won by Howard Elston from Dave Stanley and James Clarke, whilst the C final top three was Stuart Smith Stuart, Peter Mumford and Josh Graham. The B final saw De Dennis Holding take the win from HNMC’s own Jim Thompson and Arron Sayce. In the A final TLR’s Michael Lewis won from the Sworkz of Simon Reeves and Agama of Johnathan Skidmore
In the E-buggy A final Richard Cousins would take the win from Martin Hart and Pona Vasipoulos. James Tatlow converted truggy pole to victory ahead of Bernard Wija. 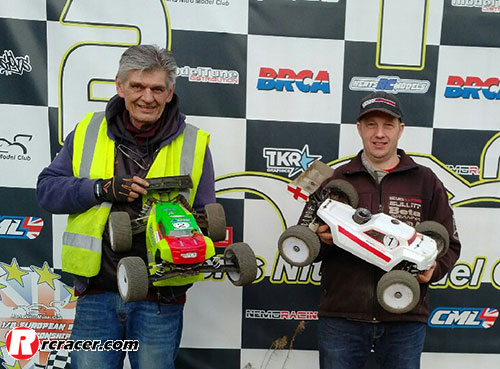 A big thanks to Pete Bird and Mark Garrett for their efforts in race control.

Videos of the A final plus podiums can be found below:

Full results are available here. The next meeting is on 5 March 2017 and you can book in here.