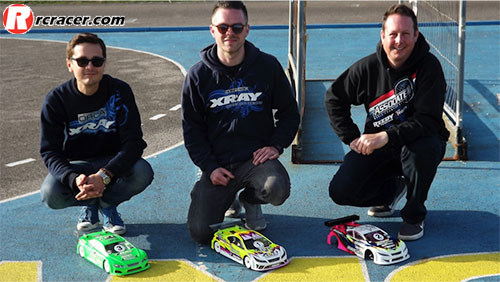 The south coast venue of Adur hosted round two of the BRCA 1:10 Touring Car National series. Once again the meeting was fully booked and the optional Saturday practise saw most drivers taking to the track to fine-tune their set-ups. Sunday started overcast, but the wind had died down from the previous day. 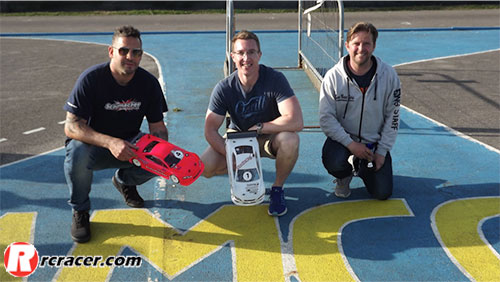 In 13.5T blinky, Eastbourne’s Tim Hancock posted the fastest times in the first two rounds and he decided to save tyre life by sitting out rounds three and four and it was Shaun Batt who made the most of this to set the fastest times these two. Tim would hold onto pole position for the finals by virtue of the fastest run time, set when the track was at its fastest early on in the day. Richard King secured third place on the grid ahead of Glenn Westwood and round one winner Danny Booker. Tim’s decision to sit out the two rounds of qualifying proved to be an inspired one as he took the win in both finals. Behind Tim the competition was fierce and the pace relentless. When the dust settled, Richard King’s consistency paid dividend taking second overall with Glenn Westwood taking the final step on the podium. 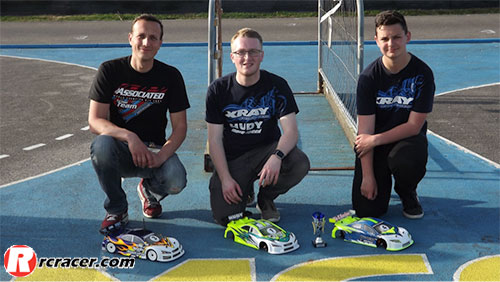 In 13.5T boosted tyre strategy again proved vital with four different drivers taking fastest times in round. Reigning champion Zak Finlay took the pole position for the A final ahead of Xray teammate Marcus Askell with both drivers sitting out a round during qualifying. James Hart lined up third on the grid ahead of young Xray star Daniel Blake and round one winner Darren Lee. The finals saw Zak take flag-to-flag wins with Daniel chasing him home in both legs. Adrian Bidewell returned to the series and stormed to the final podium position from seventh on the grid with two consistent drives.
In the ultra-quick modified class, tyres again proved to dominate driver strategy with defending champion Chris Grainger electing to sit out the first qualifying round clearing the way for round one winner Olly Jefferies to take the first leg and then sit out round two himself. Chris took round two to even it up, but Olly came back onto track to take the third leg and secure the pole. Alexander Hagberg took the final round to leave himself tied with Chris, but the latter took the second spot on the grid by virtue of a faster run time. The 2016 Adur round winner Elliott Harper lined up fourth on the grid with young Harley Eldridge fifth. In the two leg finals Olly had the pace to hold the lead despite being pushed hard and take the overall win, ahead of Chris and Alexander who both held their qualifying positions, Chris making a vital last minute move on Alexander in the second final. With Olly taking the first two rounds of the series with maximum points, another clean sweep at Stafford could see him wrap up the 2017 title.
Join us at Stafford on 25 June to see if he can do it. There are still limited spaces available so book in soon if you intend to join us.